I went to a taping of Pepsi Smash years ago with my sister who wanted to see Hoobastank. It was filmed at a studio in Hollywood. About 2,000 of us showed up to be in the audience for free as unpaid extras. We stood around outside of the building for two hours before going inside and standing around some more.

We eventually got to see about four different artists perform, however each artist only played two or three songs. We were not there to see a concert as many of us had assumed. No, this was a live video shoot. Which meant that each artist that we saw would play one of their radio singles, stop, and then play the same song again so that the cameras could record multiple takes.

We saw bands perform a song once, twice, thrice... sometimes up to five times in a row. Each time they did another take the producers would hype up the audience and try to get us to cheer even louder than the previous time.

Don't get me wrong, I like artists such as Counting Crows and Lenny Kravitz. It was cool to be able to them perform at such an event because they are not exactly artists that would cross my live-music radar otherwise. But there is only so much excitement I can muster for the fifth take of "Mr Jones" or "American Woman" when they weren't exactly who I came to see. Heck, even Hoobastank's "Crawling In The Dark" was less exciting the third and fourth time around.

Now I will give credit to Limp Bizkit for being one of the few bands to perform that day who genuinely got the crowd hyped up. People can talk crap on Fred Durst all they want. Maybe he deserves it, maybe he doesn't. I was really never a huge fan aside from owning their first album and jamming along with a few tracks on my bass as a teenager. So don't come to me for extensive knowledge about Fred Durst or Limp Bizkit. But that short little man came in to that building and gave a zombified crowd twenty CCs of adrenaline.

Seriously though, we were all pretty tired from standing around and being disappointed with the experience. When Limp Bizkit came on they basically acted like they were playing the opening song of a set. During the opening chords to hype up the crowd, Durst told everyone something along the lines of "Alright fuckers, we're gonna do this all in one take! Ready? Go!" and they blasted in to whatever song I can't remember. What I do remember was jumping around with the crowd as if we finally got a taste of the musical energy that we came to see. And I didn't even come to see Limp Bizkit.

Some bands are great studio bands. Other bands have to be seen live to be fully appreciated. I'm a big believer that Limp Bizkit were one of those bands that really shine on stage. At least, what I saw at Pepsi Smash was enough to make me semi-regret the fact that I never got to see them perform aside from that one experience.

So what does all of this have to do with Jimmy Eat World? Nothing. However, the audience in the crowd of this I Heart Radio live video gives me some serious Pepsi Smash vibes. They probably came to see Lil Doge or Cardi Gaga or whoever people think are cool these days.

*Subscribe to our YouTube channel to help us get monetized. YouTube refuses to share a cut of their ad revenue with channels who have fewer than 1,000 subscribers and 4,000 watch hours per year. Which is a pretty lame thing of these major corporations to do to small artists and content creators. Your support can make a real difference: link 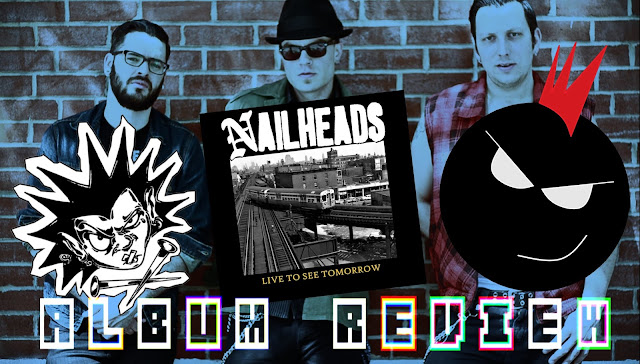