Showing posts with the label Babel
Show all 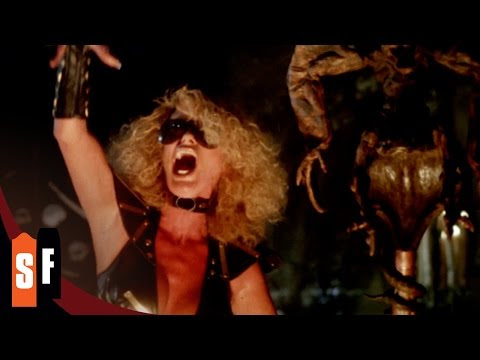 The Howling II: Your Sister Is A Werewolf is an oxymoron of a horror film. We won't mix words. It's a terrible movie. But it's a terrible movie that you tell all of your friends about. More disturbing than scary, but disturbing in a hilarious way. Kind of like your crazy Uncle Bob at a family get together. The film can best be described as An American Werewolf In London meets The Rocky Horror Picture Show with Barbariana thrown in there randomly. Wait... is Barbariana an actual film? Anyway, we're not here to talk about the movie. The main song that plays repeatedly throughout the film was performed by a band called Babel. We use the term "band" lightly because this appears to be the only song ever written or performed by them. Oh and by "them" we also mean Stephen W. Parsons, who wrote and performed all parts of the song. Parsons is a film composer who wrote the song for the film and then created a fictitious band to perform it in the
Post a Comment
Read more
More posts