Well, out of my three teams, I was able to get one of them (Thrillho) in to the Championship game, where we get absolutely smoked by our opponent who had Ja'Maar Chase, the Bengals rookie who broke an NFL record as the rookie with the most yards in a game, scoring 50+ fantasy points all by himself. My score of 138 would have beat anyone else in the league, except my opponent who scored 176. 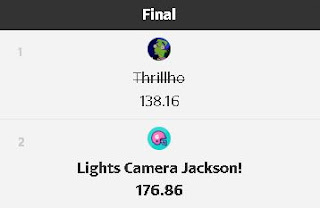 Not much you can do about that except appreciate the athletic performance by one of the world's greatest athletes. I'll take my silver trophy along with the $40 stuffed inside of it and chalk this season up as a moderate success. I paid $90 for three teams and came away with $40. In what universe is a $50 loss considered a "moderate success?" Well, let's just say that I had more than 3 teams and $90 invested in this football season... let me explain.

Yes, I did spend $90 on three traditional fantasy football teams. However, I also added another $55 on Yahoo Fantasy's "Best Ball" leagues. This was a new format that I gave a try this year. The way it works is that you draft a roster of players at the beginning of the season, and then you can not touch your roster for the rest of the year. No substitutions. If a player gets hurt, that's it. You can't replace him.

However, the way that best ball scoring works is by automatically taking your highest scoring players that week to contribute to your score. Let's say you're allowed to have one quarterback position, well you can draft 3-4 QBs and your team will automatically use whichever quarterback scores the most points that week. Let's say you have Tom Brady during that week where Tampa Bay got shutout and scored zero points. Well that's ok because you also had Matt Ryan who got 25 points that week. So your team would use Matt Ryan's 25 points to contribute towards your score. You draft a team of about 20 players, but only your top players from each position will count towards your score.

This format made for an interesting fantasy season. I loved the fact that once I drafted my players, I didn't have to think about my roster for the rest of the year. I just logged in on game days to check my scores. The payout at the end of the season is not as large, first place wins $28 (off of a $10 buy-in) instead of $100 (off of a $20 buy-in) like the standard leagues do, BUT if you are the highest scoring team in a given week, you earn $2.

I joined seven leagues with a combined investment of $55. Before the season was over, I had already earned $31 back by being the highest scoring team in a given week. I was able to achieve first place in one league, and second place in two more leagues, with a third place finish in one more. Overall, I earned $66 at the end of the season, combine that with the $30 from weekly wins and I had a decent $97 win off of a $55 buy-in.

Combine the $55 paid for Best Ball leagues with the $90 paid for standard leagues and I come out about even. I paid $145 for all leagues this season and came out with $137. So I basically paid $8 to enjoy watching football this season, and that ain't too shabby. Not too shabby at all. Especially considering that this is my first year back playing fantasy football after taking 3-4 years off.

I look forward to doing it again next season, but I am going to enjoy not being tempted to watch sports again until NHL Playoffs begin in April. 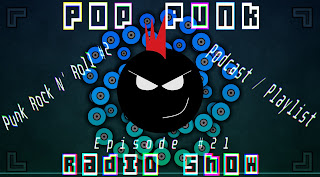