My ranking scheme: FAV / GREAT / GOOD / DECENT / MEH - I replace the standard "S" tier with my own top level tier of Favorites. This way I can highlight albums that have a bit more personal meaning to me while still celebrating the albums that are deserving of a top level ranking.

*Note: Every ranking exists within it's own isolated universe. Meaning the albums are only being compared to other albums from the same band. In this way, it would be unfair to compare one of my tier-lists for band A with a tier-list from band B.

Check out our playlist of MxPx favorites on YouTube or Spotify. 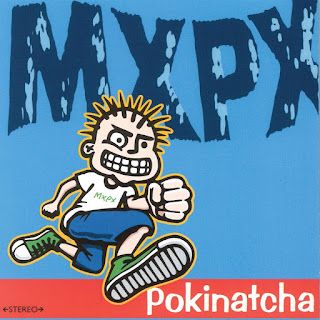 Pro: Some of MxPx's most "punk" sounding tunes.

Con: Pretty raw. Mike's voice isn't bad, but has come a long way since. Some overt religious references that might appeal to some but never really appealed to me. 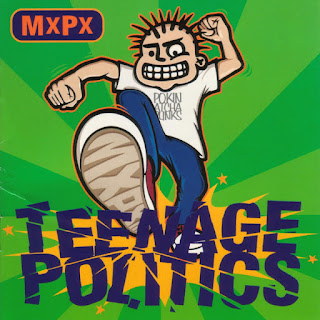 Con: Some song themes are a tad immature, but from an album titled Teenage Politics it feels appropriate. 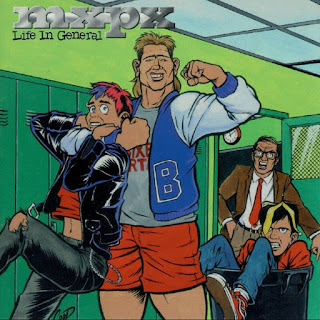 Pro: MxPx's biggest commercial success, "Chick Magnet" received major radio airplay and was possibly the first bassline that I ever learned, aside from "Longview" by Green Day. The intro to "Move To Bremerton" was one of the first guitar melodies I ever learned how to play.

Con: Not a huge variety in song styles, but we are really picking hairs with this one. 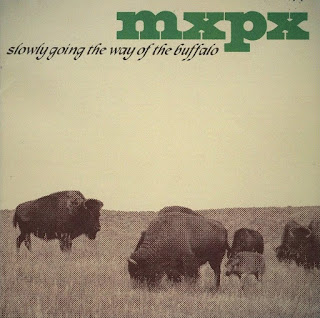 Pro: "I'm Ok, You're OK" received significant major radio airplay. "The Theme Fiasco" is one of the most under-rated bass-lines in punk music history. Start-to-finish listen. Good song variety; mostly an "emo" album but has some aggressive and up-beat songs to mix it up.

Con: Album cover is a little uninspiring, even though it does fit well for the album. 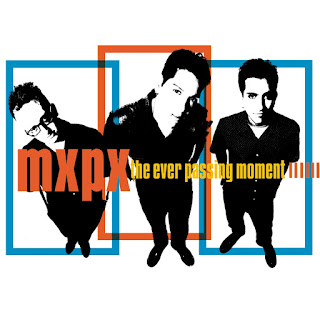 Pro: Positive and uplifting messages abound, particularly for an emo album. This isn't exactly an album that I can listen to from start-to-finish, but the songs that I do like are some of my favorites. This is an album you can listen to when feeling down and it will pick your chin up a little bit rather than making you feel worse. 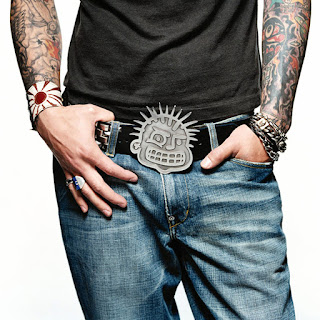 Pro: Production value is fantastic. Mike's voice sounds great, a trend that continues on following albums. He's always been a good singer, but he's only gotten better over the years.

Con: Too many pop songs with repeating lyrics. I just can't get in to this one.

Fav Songs: "Well Adjusted" / "First Day Of The Rest Of Our Lives" 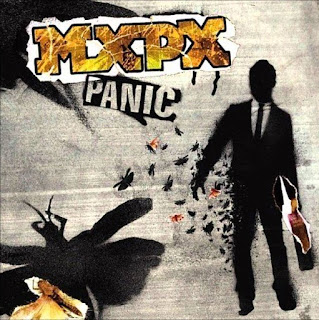 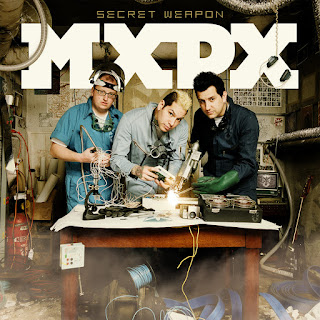 Pro: A refreshing step away from some of the cheesy love songs from previous albums.

Con: No major complaints, but the album just doesn't sink it's teeth in to me. More of a rock album than a punk album. 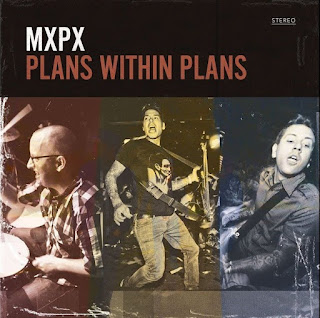 Pro: Feels like a return to form. Their most "punk" album in well over a decade.

Con: Some good songs on the album and no song is necessarily bad, but the album lacks a strong single to rally around. 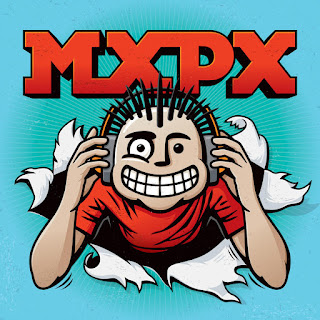 Pro: Now this is the MxPx I remember and love. Catchy songs, but without the pop-rock cheese from the millennial albums of the 2000s. "Let's Ride" is featured on the remake of Tony Hawk's Pro Skater 1 & 2.

Con: Lacking some of the catchy-ness from some of their other top-tier albums, but still a solid overall release. 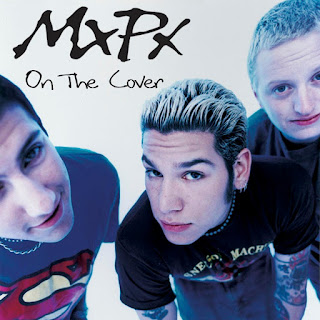 Pro: Some really fun cover songs on this short little E.P. "No Brain" is a cover of an old-school MxPx side-project called The Cooties."

Con: Cover songs are a double edged sword. They can be a fun change of pace and are highly enjoyable, but rarely compare to a good band's original ideas. 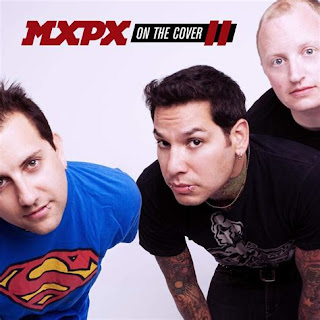 Con: Cover songs. I believe every song is an 80s cover. This may be some people's cup of tea, but not mine. I do like 80s music, but not enough for an entire album of covers. 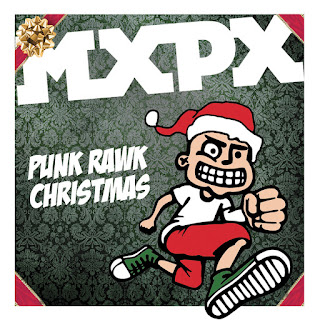 Pro: Christmas songs. Big props to MxPx for producing original Christmas music instead of putting out the typical cover albums that many artists do. This is what sets MxPx's Christmas album apart from all of the others. Respect. 🤘

Con: Christmas songs. This is an album only for a specific time of year. 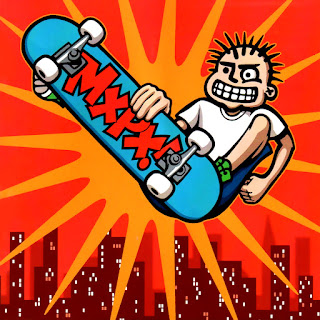 Pro: I normally don't like to include compilation albums, but this one is too good not to mention. My sister bought this CD for me for Christmas back in 1998 and it has since remained my all-time favorite piece of work from MxPx ever since. It is basically a compilation of songs from the band's first few 7" records along with some b-sides and rarities. However, the album was also remixed, and as such has a cohesive album sound unlike many b-side & rarities albums from other bands.

There is so much to love about this album; it is quite lengthy with 32 tracks, it features some great cover songs such as "Sick Boy" by Social Distortion and "Oh Donna" by Ritchie Valens, alternate/demo versions of familiar MxPx hits from other albums like "South Bound" or "Chick Magnet," original hits that were not on other full length albums, and an album cover that perfectly fits the music. It also has two songs (Small Town Minds & First Class Mail) that blend in to each other ala "Brain Stew / Jaded" style. I don't like to use the term defining album because MxPx has had a stellar career spanning multiple decades, but if a friend were to ask me "Who is MxPx?" I would probably want to hand them this album to get them started.

Con: None. Aside from the fact that the CD I had since 1998 broke last year when I was moving. 😢 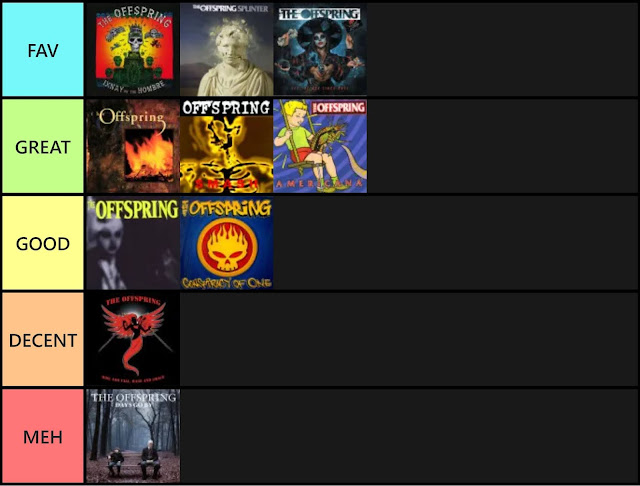 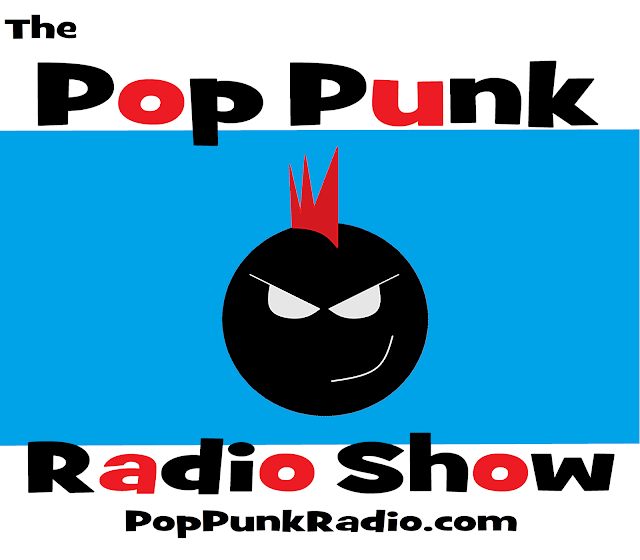 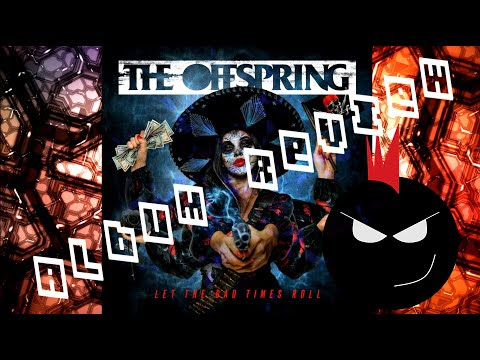 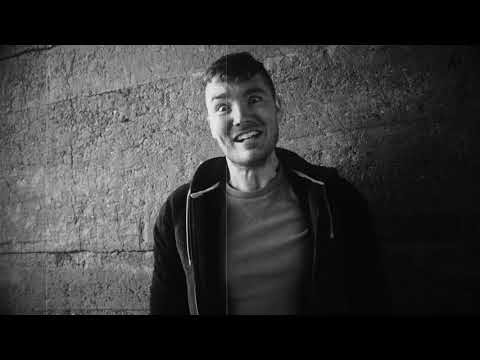